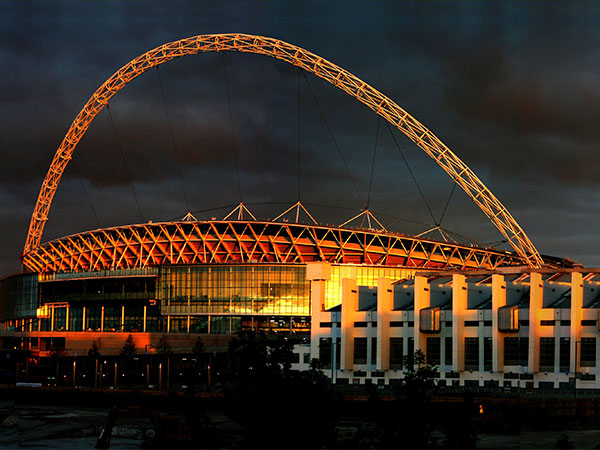 Wembley Stadium is a football stadium located in Wembley Park in the Borough of Brent, London, United Kingdom. With a capacity of 90,000, the new Wembley is the largest football stadium in the world.

Every seat is undercover and Wembley Stadium is the home of English Football, serving as the stadium for the English National Team. It hosts the latter stages of the top level domestic club cup competitions, the Football Association Challenge Cup. Wembley Stadium, English Football's spiritual home was constructed at a total cost of £827 million, making it one of the most expensive stadiums ever built.

A complex design project, with multiple stakeholders and partners involved, RAK Ceramics’ solid reputation as a leading provider of tiles for large scale commercial and residential projects meant that we were chosen as the preferred supplier. To meet the specification, RAK Ceramics produced a bespoke range of high performance porcelain tiles.