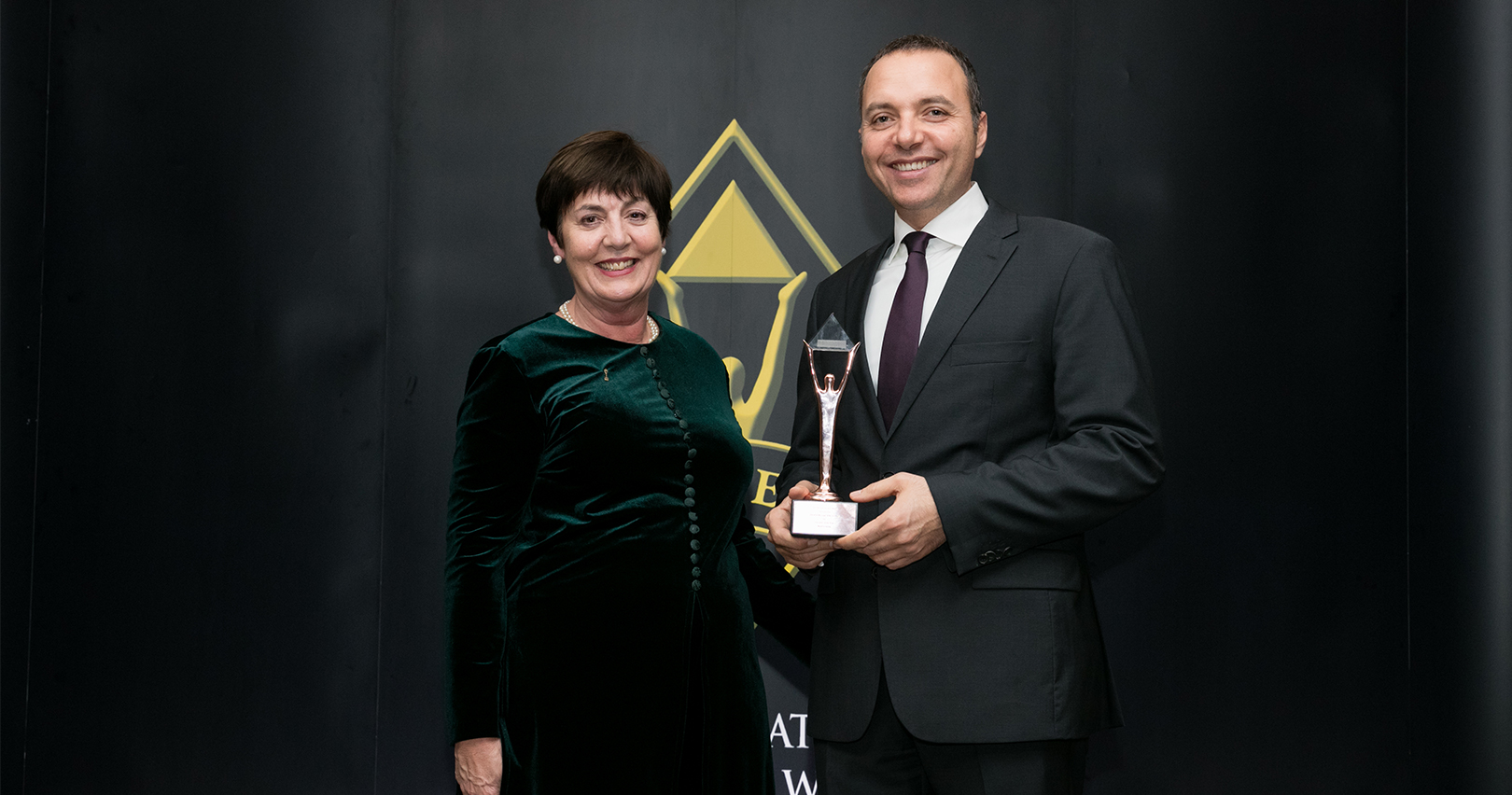 Abdallah Massaad named “Executive of the Year” in Manufacturing

RAK Ceramics was named the winner of three Stevie® Awards in the 12th Annual International Business Awards today winning one silver for “Most Innovative Company” and two bronze Awards; one for “Health, Safety and Environment Programme of the Year in the Middle East and North Africa” and one for CEO, Abdallah Massaad who won “Executive of the Year (Manufacturing)”.

The International Business Awards are the world’s premier business awards programme. All individuals and organisations worldwide – public and private, for-profit and non-profit, large and small - are eligible to submit nominations. The 2015 IBAs received entries from more than 60 nations and territories.

Nicknamed the Stevies for the Greek word for “crowned,” the awards will be presented to winners at a gala awards banquet at the Ritz-Carlton Hotel in Toronto, Canada on 23 October.

Stevie Award winners were determined by the average scores of more than 200 executives worldwide who participated in the judging process from May through early August.

Abdallah Massaad, CEO of RAK Ceramics said, “We are delighted to have been chosen as winners of not one, but three Stevie® Awards. We are very proud of our Employee Wellness Programme for which we won The Bronze Award and our approach to Innovation for which we won The Silver Award. Innovation and introducing new technologies has always been at the heart of RAK Ceramics and this award is testament to that. The health, safety and wellbeing of our employees is also extremely important to us and I would like to thank all my colleagues who work hard every day making sure that we operate in a safe and responsible way. I am of course also delighted to have won The Bronze Award for Executive of the Year (Manufacturing).”

“Winning major awards in a global competition of this level demonstrates that we are successfully turning our vision into action” Massaad added.

By winning these awards, RAK Ceramics is again demonstrating the incredible impact its innovative technology has in the ceramics world. Earlier in the year, the company launched Maximus Mega Slab using Continua+ Technology, allowing us to manufacture the largest porcelain+ tile in the region measuring a gigantic 1.5 x 3 metres and allowing the company to enter new territories and markets.

“The IBAs grow in stature and renown every year, and with that the number and quality of entries increases,” said Michael Gallagher, president and founder of the Stevie Awards. “This year’s judges were treated to more than 3,700 stories of success and achievement around the world. We thank the judges for their time and feedback, and we congratulate the Gold, Silver and Bronze Stevie winners whom we’ll celebrate in Toronto in October.”

Details about The International Business Awards and the lists of Stevie Award winners are available atwww.StevieAwards.com/IBA.

About the Stevie Awards