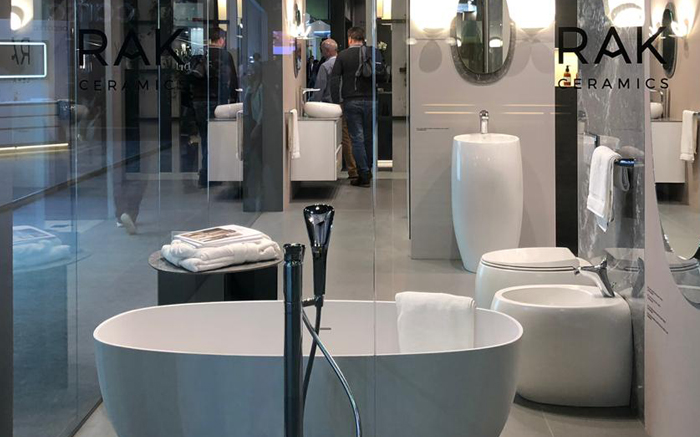 RAK Ceramics PJSC (Ticker: RAKCEC: Abu Dhabi), one of the largest ceramics’ brands in the world, announced its financial results for the quarter ended 31 March 2019.

Excluding the gain on sale of assets, net profit decreased by 20.7% year on year primarily due to lower tiles revenue from UAE, Saudi Arabia, India and Bangladesh.

However, the sanitaryware and tableware business performed well, with revenues increasing by 6.3% and 15.1% respectively year on year.

Last quarter RAK Ceramics’ announced their intention to invest in a state-of-the art production facility in Saudi Arabia which in the first phase would add approximately 10 million square metres per annum to the company’s tile production capacity. Discussions on land and gas allocation are underway.

Abdallah Massaad, Group CEO, RAK Ceramics said: “The first quarter of 2019 has been stable  from the view of our gross margins. We had a slow start to 2019 which we expect to make up over the coming quarters. Continued investment in operational efficiencies has led to robust gross profit margins, as we remain focused on running a profitable business despite high energy costs.

Looking ahead to the remainder of 2019, we will develop a strategy to further counteract increases in energy costs and improve profitability in Europe and Saudi Arabia. Our business in India is on the right track, we hope to establish it as a hub moving forward.

RAK Ceramics is a publically listed company on the Abu Dhabi Securities Exchange in the United Arab Emirates and as a group has an annual turnover of approximately US$1 billion.